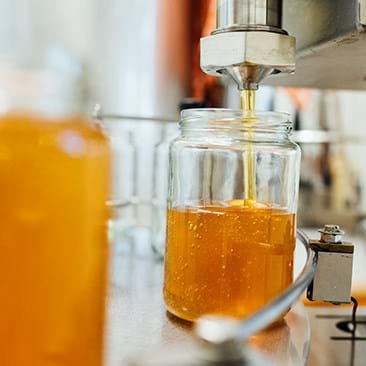 Miel des Ruisseaux is a honey and honey wine producer based in Alma. With apiaries in both Alma and Saint-Gédéon, they boast more than 400 hives in total, each one home to some 100,000 active honey bees.

Owner Patrick Fortier founded Miel des Ruisseaux in 1998. In 2007 he began making honey wine, becoming the only such producer in Saguenay-Lac-Saint-Jean. His wines have been a hit—earning two silver medals in 2010 and 2011 and an honorable mention in 2013. Miel des Ruisseaux is proud of its achievements and its commitment to producing an all natural, all local, eco-friendly product.